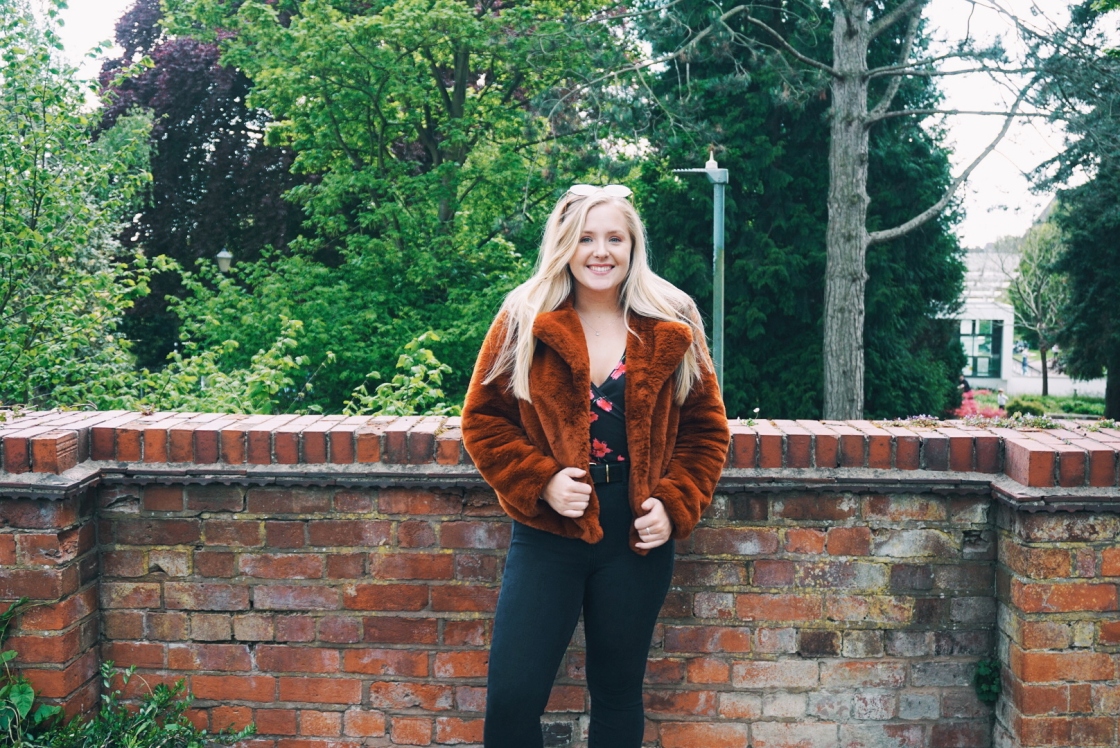 Boyyyyyy have I been excited to publish this blog post, it has been a long time comin’.

I thought that I should start this off with a little overview of what exactly has been happening over the last year (just in case you’re new – hi!)

I graduated from Warwick University in the summer of 2018 with a 2.1 in History. I had a plan and was set on it working out (mistake numero uno). I got a job before I had even graduated or received my grades and I was a Marketing Executive at, what I thought was, my dream job. I was working for a company selling CBD Oil and the next few projects lined up were cosmetic based. It was exactly what I wanted. Plus, I was working with Jane Felstead and Ollie Felstead (Binky’s brother and Mum) which seemed pretty cool/totally awesome too (oops, don’t trip over that name drop on the way out). Anywho, 6 weeks later and on the final day of probation I got the most random call telling me I was being made redundant, with immediate affect… I did not see it coming at all (to read more about that, click here). After that, I had 2 months trying to find a job I wanted. I was adamant not to rush into things like I had last time and to only take job offers I really wanted (good decision numero uno!). I then accepted a job as a Digital Marketing Executive at a Life Sciences and Health Care Marketing Agency. It was within 20 mins walking distance from home, was small and secure. Aaaand here we are.

So within a month of working at this new job, I’m going to be honest, I was finding it tough. It was digital marketing, so was slightly different than before and even then, I’d only actually worked for 6 weeks in the previous position. I felt a little bit thrown in the deep end and one of my bosses was not particularly understanding of my lack of knowledge in certain areas. I was learning a lot in a very short space of time, so it wasn’t from lack of trying. Without going into too much detail (maybe one day I can talk more openly about the ins and outs), by Christmas I was feeling particularly undervalued, as if my best wasn’t good enough on a daily basis and it was knocking my confidence significantly. It wasn’t the entire team, in fact it was one individual who was making me feel this way. I went on a looovely cruise over New Year, and, combined with the Christmas holiday, it totalled to 2 weeks off, which was exactly what I needed. I went away, I started vlogging my travels and decided that I would start looking for a new job. But I couldn’t quit because I knew I wanted to keep saving.

Jack and I have been together for 5 years next month and we are sooo ready to move out together. We love being at home, but we’ve lived on and off together for the last few years and it’s time! We knew there was always the possibility of moving to London for Jack to do his LPC and to secure a training contract to become a Solicitor, and following his offer from the University of Law in London, we decided that this is where we will be moving.

London has always been a place we have adored, we have long weekends away there whenever we can, so the idea of moving to London is SO exciting to us. So I decided to look for jobs in London.

I have always considered teaching history, however after my degree I fancied a change. I don’t want to say never, but, for now, marketing isn’t what I want to do.

I decided I would try and secure a salaried position on a teaching programme, rather than going back to Uni to do a PGCE and get more debt (cos, frankly, I’ve got enough of that after the first time *cough* almost 40K *cough* *cough*). This required going through UCAS again (gosh, UCAS is such a faff, I’d completely forgotten!). I applied, actually thinking it was a long shot, to a London Academy that offered Salaried courses and a PGCE thrown in for FREE. Obviously, I cannot afford to move to London on an unsalaried course… cos this gal ain’t got dollar like that, so it was salaried or nothin’!

Sooo the assessment centre was… interesting.

I was told about the assessment centre 2 days before and had a liiiiittle panic. I had to prepare a starter task on WW1, which seemed do-able until I went in and realised the interviewers were pretending to be children. Anything remotely drama-y makes me cringe, I was always naff at acting and it made me feel incredibly uncomfortable as 3 fully grown adults threw pens at each other, asked me peculiar questions and talked across my presentation… but then that’s kind of what I’ve signed up for…

I guess it was because they were adults that it threw me.

The interview bit was OK, and so was the 2 essays I had to write.

I’ve most definitely had worse. Like that time someone asked me why they should hire me and I said “I don’t know” (like a Grade A moron). That’s one of those memories that I try and forget as best as I can and sometimes it creeps back to remind me that I have the potential to be an idiot.

I got a call to say I had been accepted onto the programme and it was salaried – which was awesome!

More recently, I had an interview at a school that I loved and got a call back the next day to say they had offered it to me. Of course I said YES!

Once I knew I had the job, that London was a reality and I would definitely be being paid at the end of September – it was just a matter of working out how much money I needed.

I had a figure in my head from the start of how much money I needed to move out and I reached that a few months ago after saving my ass off. So savings-wise I was happy. But was still thinking the more the merrier.

I then went in the next day and had my 6 month review (at almost 8 months in!) and was quite heavily criticised, which is what I expect in these reviews. Usually, I’m pretty good at taking criticism and I know it will only make me better. But the conversation moved onto the relationship between myself and the boss, who makes it evident he isn’t a fan of me, and went along the lines of “he won’t change the way he treats you, so you need to change” and “he just doesn’t like you”. Then I welled up. Which ticks me off, because I am such a numpty, when I get frustrated I cry and it completely blew my cool.

I excused myself and went and had a little “grow a pair” chat with myself in the loo. I realised I didn’t need this job anymore. I didn’t need to feel worthless or be spoken down to or humiliated in front of colleagues – so I walked back in and was honest.

I told my line manager that I knew the other boss didn’t like me, that I try my best to please him and have never had my confidence knocked quite like this before. He seemed uncomfortable with my emotional outburst but who cares.

Following some other shitty things that happened that day at work, that I shall not bore you with (well done if you made it this far!) and had a chat with my parents.

My parents have said for a while that I should be somewhere else, where I’m valued. Let’s be honest, what your parents think does matter, even if you are 22.

So the next day I handed in my resignation.

Which was preeetty tragic in itself.

I had worked myself up, so was shaking and had repeated what I would say as I handed it to him in my head over and over. I walked to his desk, arm out with the letter in my hand and said “here is my resignation, I have accepted a new job in London”.

I expected a slightly different reaction to “I have a meeting at 10”. Absolutely no acknowledgement.

With my arm still stretched out and shaking, I said “right, I’ll just leave this on your desk then”.

I don’t really believe in regrets. I don’t think I will every regret this year. It’s been so tough, but I have grown a lot as a person. As I’m coming out the other side of a season of life I found really challenging, I think I’m stronger and more resilient. Plus, I actually love living at home with my family. Don’t even get me started on leaving my dogs. Apparently I’m not allowed to take them with me (but Jim’s tiny, I could easily sneak him out in a suitcase…)